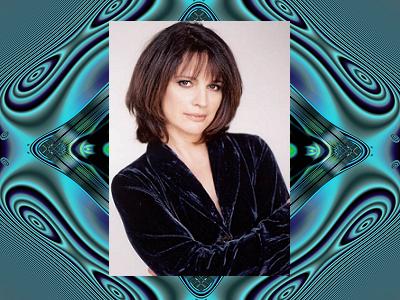 Cathy Atkinson, I would like to thank you for your contact and help reaching Alberta Watson for our group CynbytheSea, I truly appreciate all your doing for us, my deepest appreciation!
CynbytheSea

Alberta, I want to thank you for allowing us this wonderful opportunity to interview you, you are truly an amazing and talented woman, we will continue to follow your career and wish you the very best!


Q1.) "Madeline", of La Femme Nikita, always seem so cold and calculating, never really showing any real emotion. In your opinion, do you think Madeline in early years before Section, was ever a warm and loving person?

ALBERTA: No, I believe she was born that way.


Q2.) The role that you played with Madeline seemed to be a million miles from your real-life persona, how did you emotionally prepare to step into that part everyday? Was there a method to doing this?

ALBERTA: There can be many ways to find a character. For Madeline I used the information that Section One was first and always first. Almost as if it were her child.

First, thank you for being the inspiration for my first chatterbot : http://www.cs.iusb.edu/~danav/chatterbots/maddy_original/meet_maddy.html

ALBERTA: You're very welcome and thanks for inviting me!

Q3.) Did you ever try and figure out where Madeline came from and how she came to Section One?

ALBERTA: No, I never did. I just knew she was damaged and she found a home at Section.


Q4.) Was there a past story developed for her and Operations?

ALBERTA: I believe there were slight suggestions made that referred to them having had a romantic liaison.


Q5.) Was there anything from your real personality that you have loaned to Madeline, and what was it?

Q6.) What are your special interests and hobbies when you are not filming?

ALBERTA: My fellow, my animals, my friends and getting to the cottage whenever possible.


Q7.) Are you in real life as disciplined as the role of "Madeline"?


Q8.) What personal factors inside you, found the ability to play the role of Madeline on La Femme Nikita so intensely effective?

ALBERTA: We all have many aspects to our beings, I just tap into the one thats needed for the role. I can be intense and I can be very silly...as many can attest.


Q9.) Working side by side with handsome men as Eugene Robert Glazer and Roy Dupuis would have been difficult for me concentrating, was it for you?

ALBERTA: Maybe if I was younger it would have been a challenge but the hard part on Nikita was keeping a straight face whenever Gene and I had a scene. We're very silly together. I miss him.


Q10.) What can we look forward to in upcoming projects with your career?

ALBERTA: Films- The Prince and Me, My Brothers Keeper, Some Things That Stay. Television- The Morgentaler Story, The Newsroom.

Q11.) What did you like most about working with Gene Glazer, Don Francks, Roy Dupuis, Peta Wilson, and Matthew Ferguson?

ALBERTA: They all cared about making a great show.


Q13.) If La Femme Nikita ever was to make a reunion movie of the week, would you consider coming back as Madeline?

Q14.) Alberta, have you ever been to Australia, if so, where did you go, if not, will you be coming?

ALBERTA: Never been and unless a job took me there I can't see me going as I hate long plane rides. If you could teleport me I'd love it.


Q15.) Is theatre important to an actor's career, and should a young actor consider large amounts of theatre to prepare themselves for television/film?

ALBERTA: Theatre is great for every actor..study and classes are also a must.


Q16.) Did you have a say in developing Madeline's character, or were those decisions made for you?

ALBERTA: It was a team effort.


Q17.) I recently saw you in the film "Hackers", What was it like working with Angelina Jolie and Johnny Lee Miller?

ALBERTA: They were terrific.

Q18.) In the first season of La Femme Nikita, Madeline was almost a girlfriend to Nikita, and a bit warmer in the end, what did you like most? You played her almost too real.

ALBERTA: I liked being warmer, it gave me more to play.

Q19.) Did you find difficulty in sustaining the arch and controlling character that created a devious puzzle palace at Section during the five years of the series, finding it far from who you really are?

ALBERTA: Yes, it was hard because the parameters were so small. It gets boring.


Q20.) What stage screen performances and by whom were they performed, that were the model of inspiration for Madeline's character, and did you influence the writers regarding her lines and actions?

ALBERTA: I didn't use anyone else's performance. The scripts in the first year laid her out very clearly for me.


Q21.) Had Madeline's character not been written out though a suicide, we could have seen some powerful conflict scenes between her and Nikita in the fifth season, was the possibility of survival into the fifth season discussed at all in the writing department and then scrapped, opting for her suicide, and what were your feelings at the time and now for about Madeline's hasty exit from the program? Did you propose to keep Madeline's character alive?

ALBERTA: I proposed not to.

Back to interview overview